Euphemisms for Falling Off Your Horse

★ You snicker when someone's from Tiffin, because you think of the State Hospital.
★ You think all Pro football teams are supposed to wear orange!
★ You've heard of 3 - 2 beer.
★ Schools close for the state basketball tournament (deer season, too).
★ You're proud of your state fair, but would rather go to Cedar Point.
★ You know all the 4 seasons: Winter, Still Winter, almost Winter, and Construction.
★ You live less than 30 miles from some college or university.
★ You know what a buckeye really is, and have a recipe for candy ones.
★ "Toward the lake" means "north" and "toward the river" means south."
★ You've heard of the Great Nickel Beer Night Riot.
★ You know if other Ohioians are from southern or Northern Ohio as soon as they open their mouths.
★ You root for a college team though you've never taken a class there.
★ You can spell words like Cuyahoga, Olentangy, Bellefontaine, and Tuscarawas, Wapakoneta and you know which letter is doubled in Cincinnati.
★ You always visit more than two amusement parks in one summer.
★ You know that Serpent Mounds were not made by snakes.
★ You know what game they're playing when the Mud Hens take on the Clippers.
★ "Vacation" means spending a day at Cedar Point or King's Island.
★ You measure distance in minutes.
★ Down south to you means Kentucky.
★ Your school classes were canceled because of cold.
★ Your school classes were canceled because of heat.
★ You've ridden the school bus for an hour each way
★ You've ever had to switch from "heat" to "A/C" in the same day.
★ You know what should be knee-high by the Fourth of July.
★ You end your sentences with an unnecessary preposition. Example:"Where's my coat at?"
★ You install security lights on your house and garage and leave both unlocked.
★ You think of the major four food groups as beef, pork, beer, and Jell-O salad with marshmallows.
★ You carry jumper cables in your car.
★ You know what 'pop' is.
★ You design your kid's Halloween costume to fit over a snowsuit.
★ Driving is better in the winter because the potholes are filled with snow.
★ You think sexy lingerie is tube socks and a flannel nighttime.
★ The local paper covers national and international headlines on one page but requires 6 pages for sports.
★ You think that deer season is a national holiday.
★ You know which leaves make good toilet paper.
★ You actually get these jokes!

Event Prospect: Big, fast horse
Dressage Prospect: Big, slow horse
Pleasure Prospect: Pretty color
Sporting Prospect: Short, fast horse
Barrel Prospect: Fast horse which can turn
Endurance Prospect: Fast horse which will turn sometimes
Flashy: White sock
15'2" hh: 14'3" hh
16'2" hh: 15'3" hh
Big trot: Can't canter within a two-mile straightaway
Nicely Started: Longes, but we don't have enough insurance to ride him yet
Bold: Runaway
Good Mover: Runaway
Atheletic: Runaway
Quiet: Lame in both front legs
Dead Quiet: Lame in all four legs
Good in Traffic (Bombproof): Lame all around, deaf, and blind
Pony type: Small and hairy
Arab Type: Looks startled
Thoroughbred Type: Looks terrified
Quarter Horse Type: Fat
Easy to catch: Dead
Elegant: Thin
Black: Brown and/or dirty
Well-Mannered: Hasn't stepped on, run over, bit, or kicked anyone for a week
Professionally Trained: Hasn't stepped on, run over, bit, or kicked anyone for a month
Clips, Hauls, Loads: Clippity Clippity is the sound his hooves make as he hauls butt across the parking lot when you try to load him.
Should Mature 16 hands: Currently 14 hands, dam is 14'2, sire is 14'3, every horse in his pedigree back 18 generations is under 15 hands, but this horse will defy his DNA and grow.
To Loving Home Only: Expensive
To Show Home Only: Very Expensive
To Good Home Only: Not really for sale unless you can 1) Pay twice what he is worth 2) are willing to sign a 10 page legal document allowing current owner to tuck in beddy-bye every night
For Sale Due to lack of Time: Rider cannot afford to spend any more time in the hospital
Any Vet Check Welcome: Please pay for us to find out what the !@#$ is wrong with him!
Recently Vetted: Someone else found something really wrong with this horse.
Must Sell: Wife has left home and taken kids
All Offers Considered: I am in traction for 6 months

Two antennas met on a roof, fell in love and got married. The ceremony wasn't much, but the reception was excellent.

A jumper cable walks into a bar. The bartender says, "I'll serve you, but don't start anything."

Two peanuts walk into a bar, and one was a salted.

A dyslexic man walks into a bra.

An invisible man marries an invisible woman. The kids were nothing to look at either.

Deja Moo: The feeling that you've heard this bull before.

I went to buy some camouflage trousers the other day but I couldn't find any.

I went to a seafood disco last week and pulled a mussel.

What do you call a fish with no eyes? A fsh.

Two fish swim into a concrete wall. The one turns to the other and says "Dam!"

After a few drinks, the fifth is diminished and the G is out flat. An F comes in and tries to augment the situation, but is not sharp enough.

A 'D' comes into the bar and heads straight for the bathroom saying, "Excuse me. I'll just be a second."

An A comes into the bar, but the bartender is not convinced that this relative of C is not a minor. Then the bartender notices a B-flat hiding at the end of the bar and exclaims: "Get out now! You're the seventh minor I've found in this bar tonight."

The E-flat, not easily deflated, comes back to the bar the next night in a 3-piece suit with nicely shined shoes. The bartender (who used to have a nice corporate job until his company downsized) says: "You're looking sharp tonight, come on in! This could be a major development."

This proves to be the case, as the E-flat takes off the suit, and everything else, and stands there au natural.

Eventually, the C sobers up, and realizes in horror that he's under a rest.

The C is brought to trial, is found guilty of contributing to the diminution of a minor, and is sentenced to 10 years of DS without Coda at an upscale correctional facility.

On appeal, however, the C is found innocent of any wrongdoing, even accidental, and that all accusations to the contrary are bassless.

The bartender decides, however, that since he's only had tenor so patrons, the soprano out in the bathroom, and everything has become alto much treble, he needs a rest - and closes the bar. 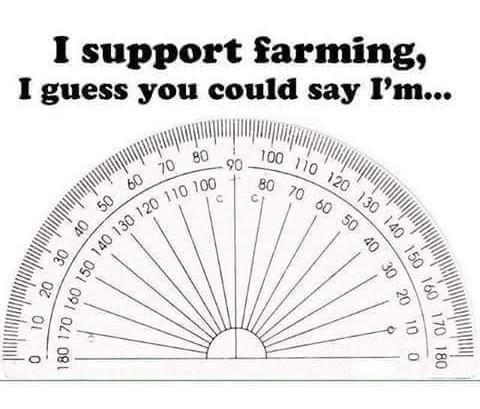 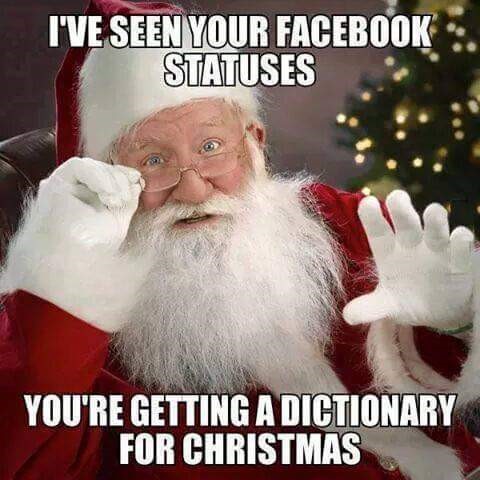 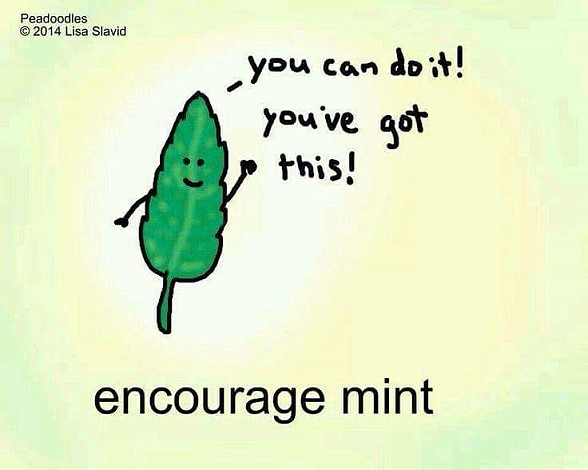 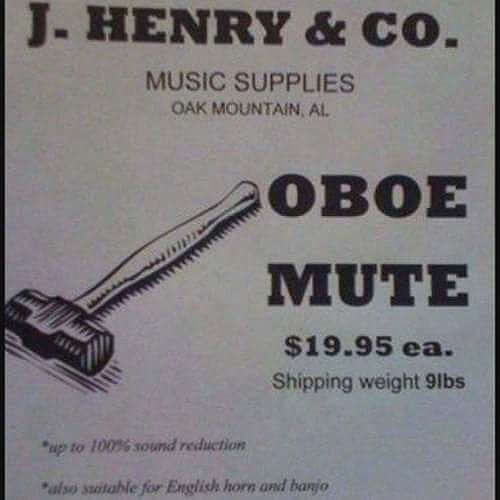 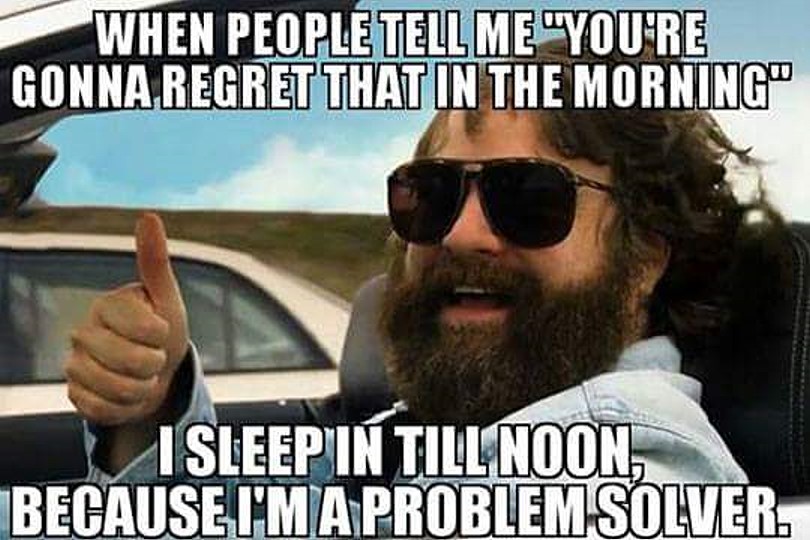 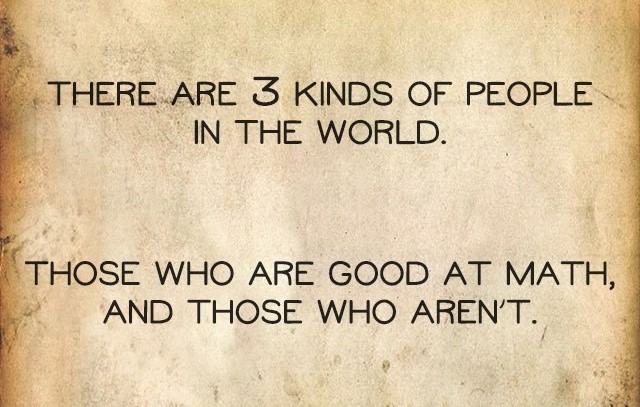 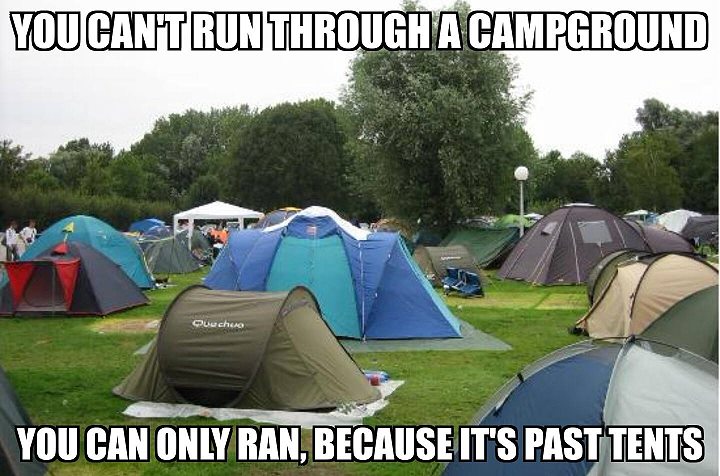 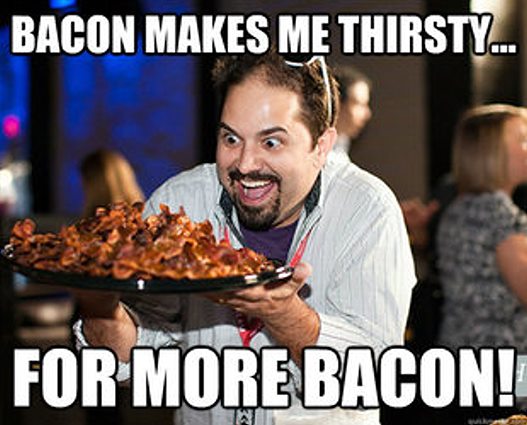 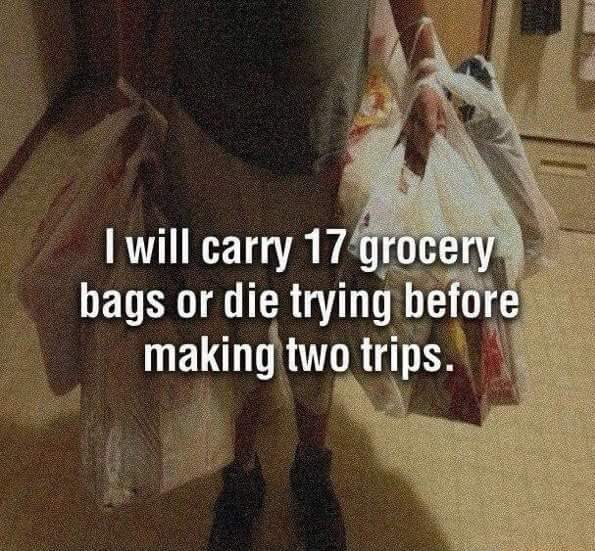 • You believe the staff room should have a Valium lick
• You find humor in other peoples' stupidity
• You want to slap the next person who says 'Must be nice to have all your holidays and summers free'.
• You can tell it's a full moon without ever looking outside.
• You believe 'Shallow gene pool' should have its own box on the report card.
• When out in public, you feel the urge to talk to children and correct their behavior.
• When you mention 'vegetable' and you're not talking about a food group.
• You think people should be required to get a government permit before being allowed to reproduce.
• You wonder how some parents ever managed to reproduce.
• You believe in aerial spraying of Prozac.
• You really encourage an obnoxious parents to check into charter schools or home schooling.
• You can't have children of your own because there is no name you could give a child that wouldn't bring on high blood pressure the moment you heard it.
• Meeting a child's parents instantly answers the question 'Why is this kid like this?'

Tuba Player: "Did you hear my last recital?" Friend: "I hope so!"

Playing the banjo is a lot like throwing a javelin blindfolded. You don't have to be very good to get people's attention.

Small wonder we have so much trouble with air pollution in the world when so much of it has passed though saxophones..

How can you tell the trombone player's kid on the playground?
He can't swing and doesn't know how to use the slide.

Why do clarinet players leave their cases on the dashboard?
So they can park in the handicapped zones.

What is the difference between a tenor sax player and a macaw?
One is loud, obnoxious, and noisy, and the other is a bird..

What is the range of the bass clarinet?
30 feet if you get a good grip.

What's the difference between a baritone sax and a vacuum cleaner?
The vibrato.

Did you hear about the piccolo player who played in tune?
Neither did I.

What do you throw a drowning guitar player?
His amp.

What's the difference between a cello and a coffin?
A coffin has the corpse inside.

Why do violinists put a cloth between their chin and their instrument?
Violins don't have spit valves.

What's the definition of Perfect pitch?
When the trumpet doesn't hit the side of the dumpster.

What did the drummer get on his I.Q. test?
Saliva.

How is a savings bond like a musician?
Eventually it may mature and make some money.

What should you do if you run over a flute player?
Back up.

What's the difference between an oboe and an onion?
No one cries when you chop up an oboe.

What's a definition of an optimist?
A choral director with a mortgage.
A trombone player with a beeper.

What's the difference between a bassoon player and a trampoline?
You take your shoes off when you jump on a trampoline.

How can you tell when a violin is out of tune?
The bow is moving.

What is the definition of a gentleman?
Someone who knows how to play the accordion, but doesn't.

What is the difference between a soprano sax and a '57 Chevy?
You can tune a '57 Chevy.

What do you call a drummer with half a brain?
Gifted.

Why do drummers have half an ounce more brains than horses?
So they don't disgrace themselves in parades.

Why do drummers have a pea-sized brain?
Alcohol makes the brain swell!

Why are oboists and bassoonists the only musicians who make their own reeds?
Because the other musicians have social lives.

What is better, an oboe or bassoon?
A bassoon. It burns longer.

What do Kenny G and an AK-47 have in common?
They both repeat themselves 240 times a minute.

What's the difference between a dead snake in the road and a dead trombonist in the road?
Skid marks in front of the snake.

Why can't a gorilla play trumpet?
He's too sensitive.

If you drop a lawyer and a trombone off a building, what do you get?
Applause.

What's the difference between a trumpet player and the rear end of a horse?
I don't know either.

What's the difference between a jazz musician and a large pizza?
A large pizza can feed a family of four.

What do a clarinet and a lawsuit have in common?
Everyone is relieved when the case is closed.

How do you tune 5 saxophones?
You shoot 4.

If a drummer and a banjo player caught a cab, which one would be the musician?
The cab driver.

How many trumpet players does it take to pave a driveway?
Seven - if you lay them out correctly.

What do you call a beautiful woman on a trombonist's arm?
A tattoo.

Why don't viola players play hide and seek?
Because no one will look for them.

What is the difference between a drumline playing together and shoes in the dryer?
Nothing.

What's so tragic about a minivan with 5 drummers in it, running off the side of a cliff?
Most minivans can hold 7! 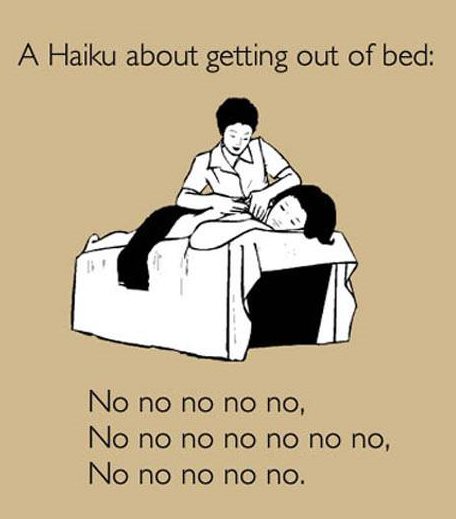