Weird Signage and other oddities I have run across 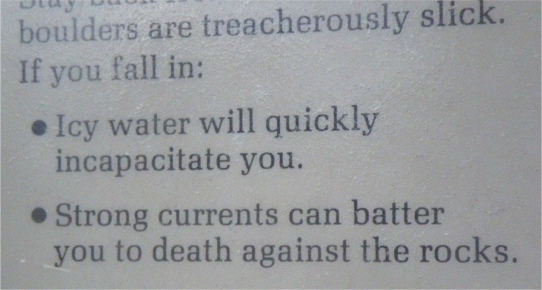 Sign near Bridalveil Falls in Yosemite. - "batter you to death" - wow, such strong verbiage! 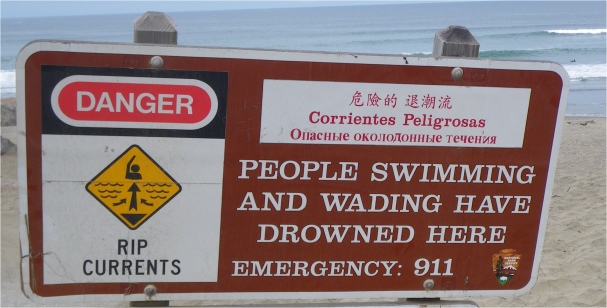 Sign on the beach by the Pacific Ocean in San Francisco. 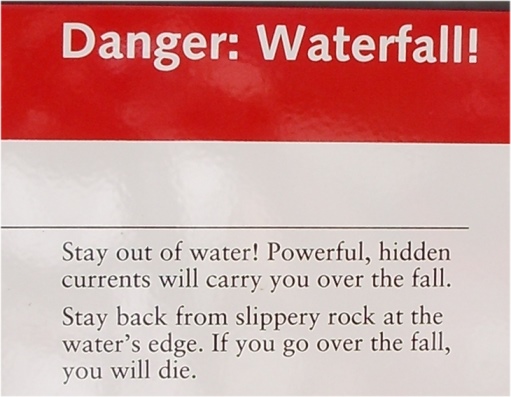 "If you go over the fall, you will DIE". You had to be there and see the incredible power of this massive waterfall that falls probably over 1,000 feet. 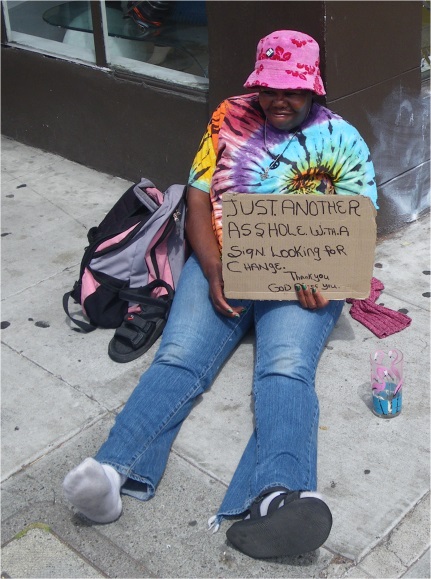 Haight-Ashbury is the haven for strange people with even stranger signs. At least she was honest! I missed out on the photo of the guy asking for change because his family had been abducted by ninjas. 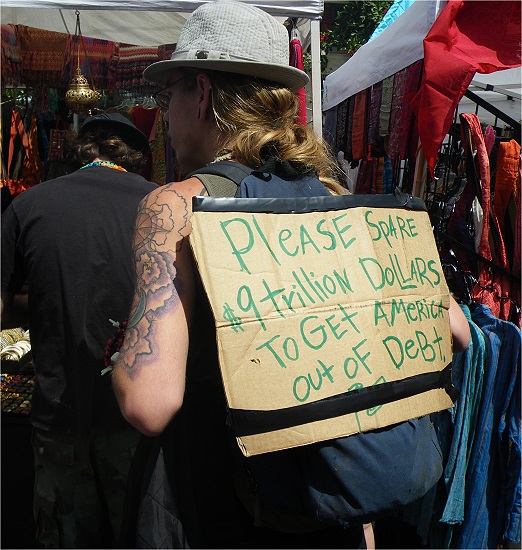 Sign at the entrance of Cedar Lodge in El Portal, California. 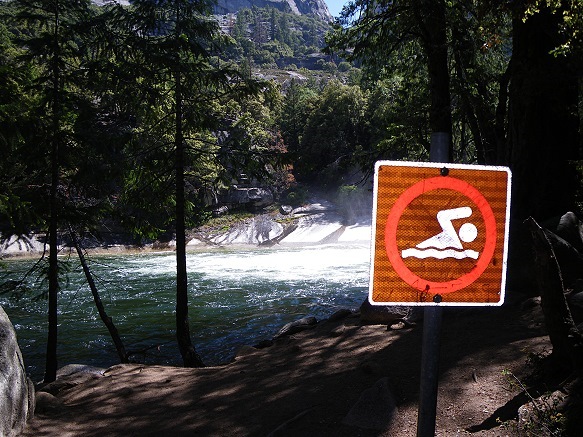 If you saw the incredible rapids, you'd understand why this sign is so true...yet incredible that they even need a sign for that area. 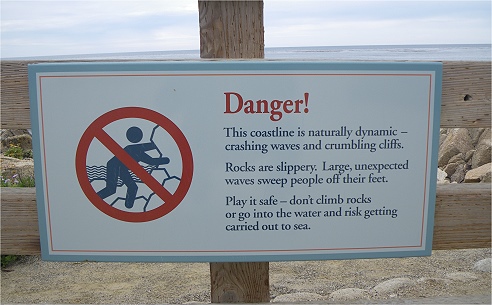 "unexpected waves" - like whoda thunk there would be waves in the PACIFIC OCEAN???

Scribbled on the ceiling of the trolley I rode on in San Francisco. I wonder if I hung on the same strap as old Bogie? 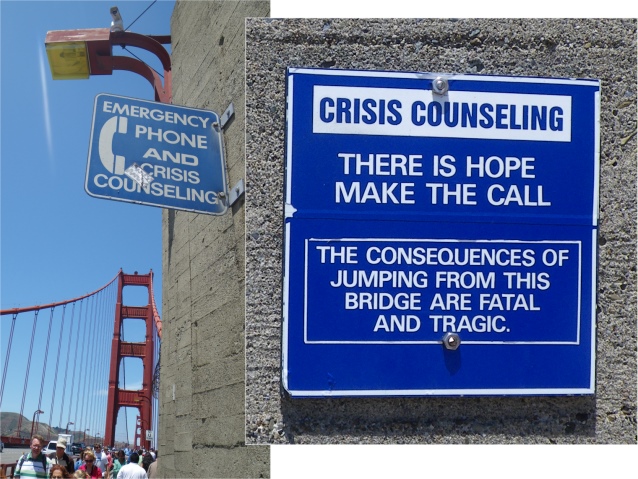 My favorite - sign near the top of the Golden Gate Bridge on the pedestrian walkway. I'll have to admit - this would be a spectacular place to commit suicide! The sign indicates this probably has been done many times before. 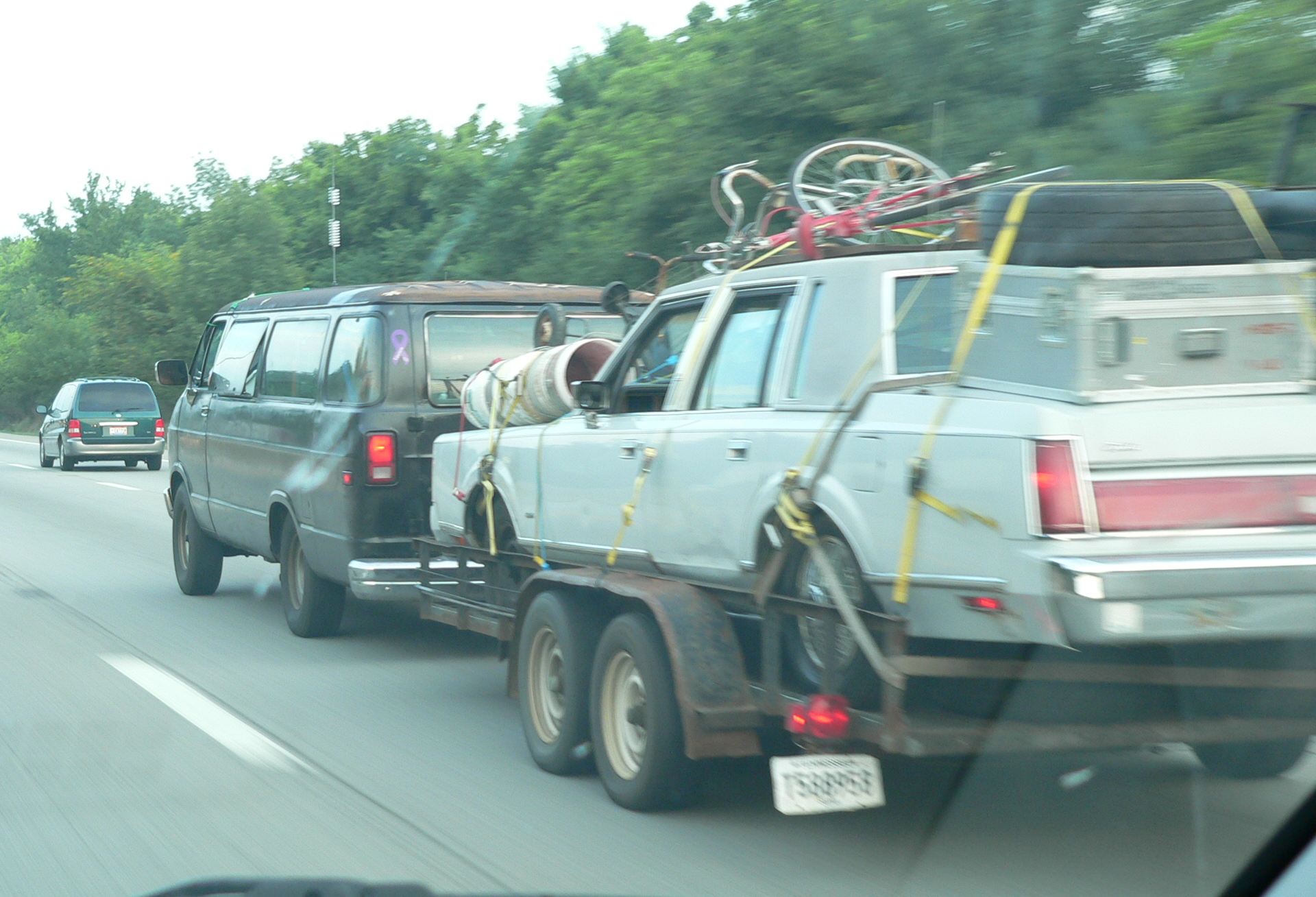 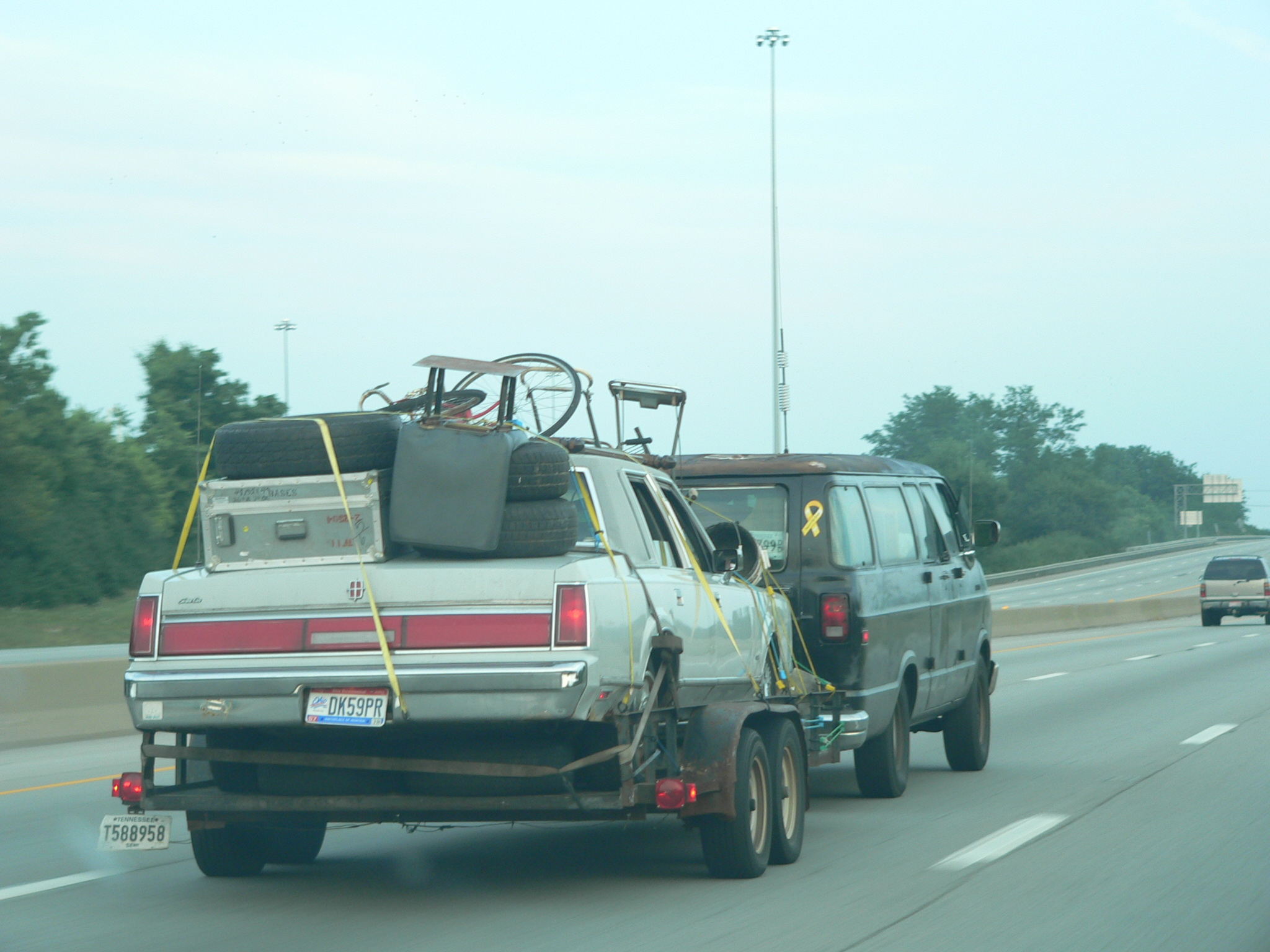 I saw this gem on I-75 in Georgia. The worst thing is the licenspe plate says they are from Ohio. *sigh*

You have to be a horse person to understand this one. I don't get why anyone would advertise that they are FOR a debilitating equine genetic flaw...weird, but it takes all kinds I guess! 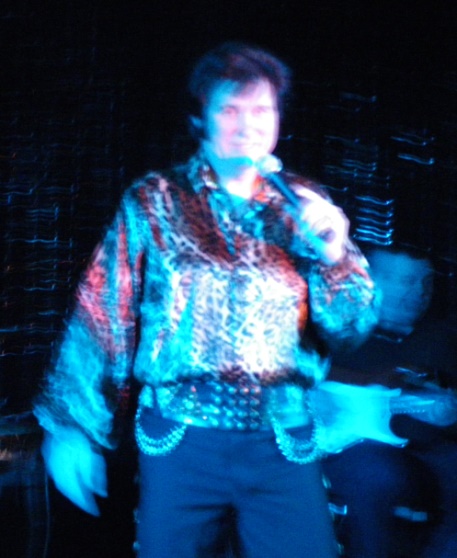 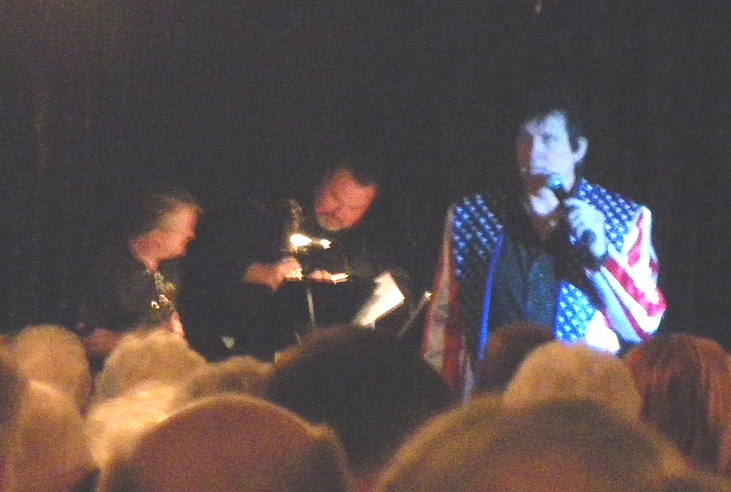 Here he is as Wayne Newton. I am not sure which was more exciting...Wayne and Elvis excite me equally. 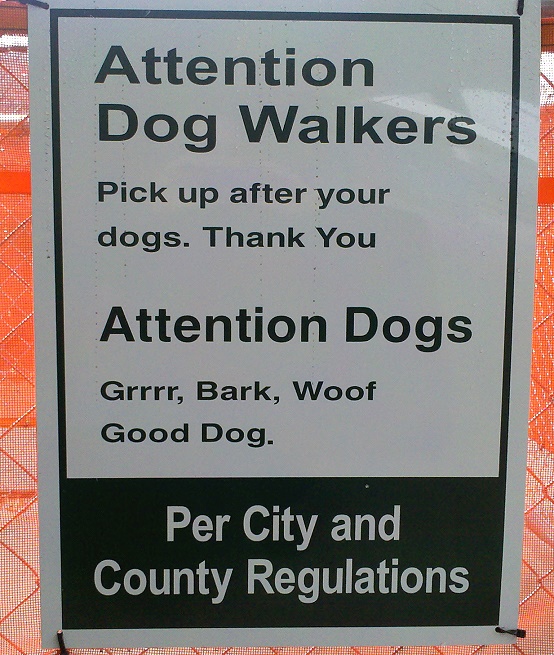 The Dallas city officials have a sense of humor! 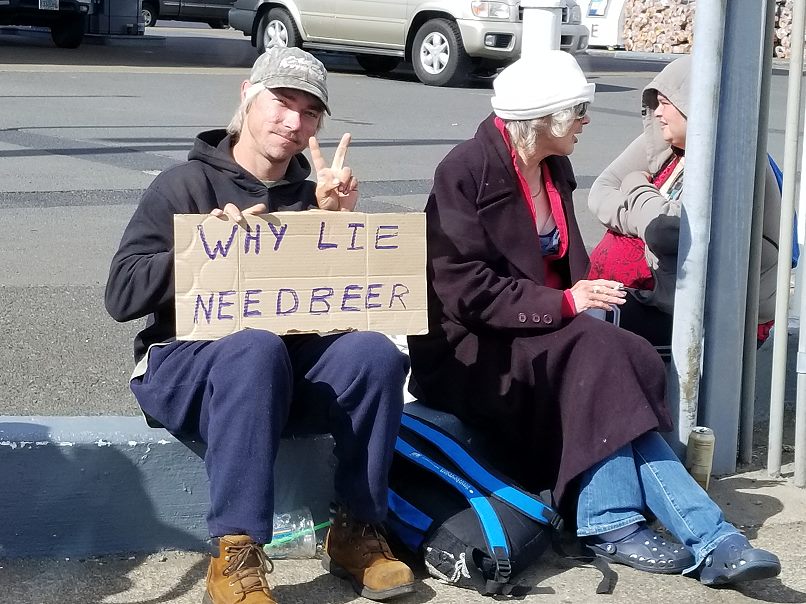 (some little town in Oregon) Yeah, I gave him a dollar